Hello and welcome to The Retreat’s blog, where you’ll find short tales of life here; things that happened today – or long, long ago.

Fred Smetacek, an ethnic-German Czech, escaped the Nazis after attempting to assassinate Hitler and arrived on Indian shores just before the outbreak of World War II. He lived and worked in Calcutta during the War, where he wooed and won Shaheda Ahad, a descendant of Tipu Sultan and of the Mughals. More on that later.

They moved to Naukuchiyatal in Kumaon in 1946 and to Jones Estate, Bhimtal, In 1951. Two years later, Fred opened the estate bungalow to guests. Most were from the diplomatic community in Delhi. They flocked to the bungalow tucked away in the forested estate, where they could relax, eat good food, enjoy good conversations, watch birds and butterflies, go for walks and swim in the lakes. This was the start of The Retreat, Bhimtal.

Today, The Retreat is still tucked away in a private forest estate, lovingly preserved just the way it was in 1953. It is still the place to come to relax, eat great food and have good conversations, and do all those things to which such a place lends itself.

Some of the stories of the place and its people will appear here. Other times, more recent happenings… 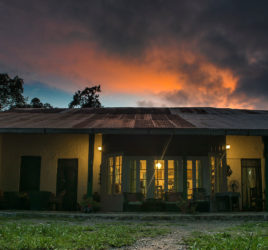